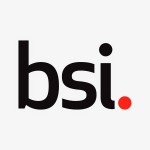 BSI has issued a new statement following the Prime Minister’s speech in mid January 2017 on Brexit and her intention for the UK’s future relationship with the EU.  BSI’s statement on the future of British and European Standards is as follows:

You will no doubt have heard the Prime Minister’s speech last week on Brexit andher intention for the UK’s future relationship with the EU. She plans to trigger the process for the UK’s exit from the EU at the end of March, subject to Parliamentary agreement.

CEN and CENELEC are independent, private organizations that have a broader membership than just the EU, including non-EU countries such as Switzerland, Serbia and Turkey. European Standards are used voluntarily as tools to improve business performance and enhance consumer safety. While some of these standards also enable companies to comply with EU laws, and are cited in the EU’s Official Journal for that purpose, they are not regulations.

We have been engaging since the referendum with business groups, companies, consumers and other stakeholders  and through a Brexit stakeholder event in November last year. We have been told consistently that continued CEN and CENELEC membership is essential to secure UK businesses’ interests, through the development of European Standards that set out good business practice and enable reciprocal market access across 34 countries.

BAU2017 Munich – The Trade Fair for Architecture, Materials and Systems (previous entry)
(next entry) Anyone for Cream Tea?